Throughout Jason’s college career, he continued to apply himself and build points in key states. After graduating college in 1997, with a Bachelor’s in Finance, Jason went to work at the new family business his father had begun. As the business was getting started, (during Jason’s senior year of college,) Jason would proofread articles and data and participate as much as his college classes would allow. The first publication was a newsletter with a staple in the corner that had various western big game hunting information and consisted of about 15 pages per month. From August of 1997 to February 2012, what was once titled Newsletter morphed into The Huntin’ Fool Magazine and service. Some of his responsibilities included: authoring many of the state breakdown information sections, booking hunts, applying clients in the draw, and purchasing and selling landowner tags. Around the year 2000, he started a guide business. He obtained BLM permits and insurance and started guiding and outfitting a few key areas, with a very limited clientele. It wasn’t long before he was helping his clients knock down some incredible trophies and, when time would allow, he hunted for himself. For the next 16+ years, guiding allowed him to afford to hunt for himself without dipping into the family budget too much. To this day he continues to take 1-2 clients a year. 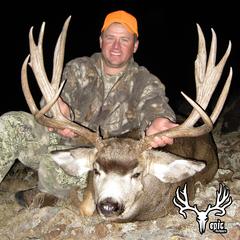 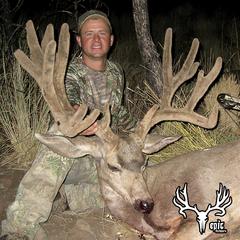